Open Library is an open, editable library catalog, building towards a web page for every book ever published.

Open Library is an effort started in 2006 to create "one web page for every book ever published". It provides access to many public domain and out-of-print books, which can be read online.

We're supporting Docker, moving forward. If you are a new contributor, especially on linux, please consider setting up using the Docker Instructions. 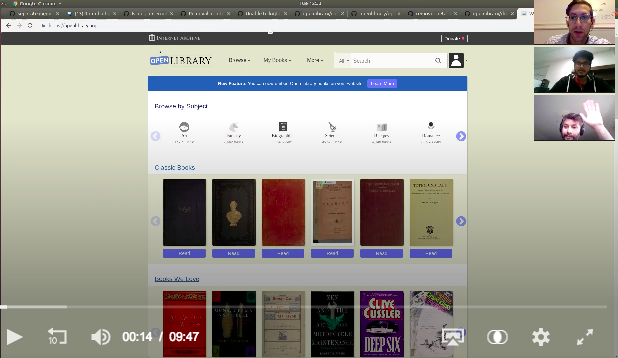 Our Docker environment is in active development. Want to contribute? Here's our top-level Docker todo-list and a list of open Docker issues.

For instructions on administrating your Open Library instance and build instructions for developers, refer the Developer's Quickstart Guide.

OpenLibrary is developed on top of the Infogami wiki system, which is itself built on top of the web.py Python web framework and the Infobase database framework.

Once you've read the overview of OpenLibrary Backend technologies, it's highly encouraged you read the developer primer which explains how to use Infogami (and its database, Infobase):

Open Library tests can be run using pytest. Kindly look up on our Testing Document for more details

Run tests while the docker container is running