This is a snapshot of the code for a portable mp3 player I made in High School. It was run on a Gumstix with a 128x128 OLLED screen for output, and a 3-axis accelerometer for input. Shortly after becoming fully functional, it short-circuited :(

This was done before I knew about a lot of things, and I haven't touched the code since. Please don't hate on the obvious, such as:

Here's a picture of the prototype hardware, hooked up to USB, power, and headphones: 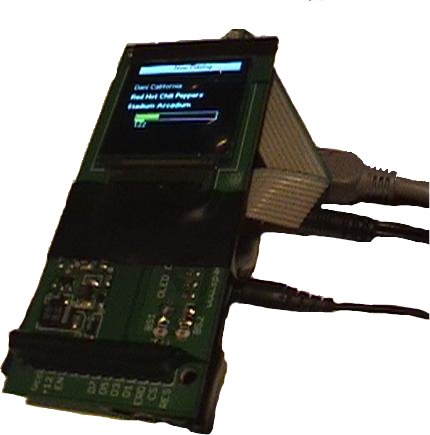 The UI was controlled via a three-way rocker switch on the side, and a three-axis accelerometer (not visible here).