Disco is a distributed map-reduce and big-data framework. Like the original framework, which was publicized by Google, Disco supports parallel computations over large data sets on an unreliable cluster of computers. This makes it a perfect tool for analyzing and processing large datasets without having to bother about difficult technical questions related to distributed computing, such as communication protocols, load balancing, locking, job scheduling or fault tolerance, all of which are taken care by Disco.

Writing a Disco job is very simple. For example, the following job counts the number of words in a document:

Note: For installing Disco, you cannot use the zip or tar.gz packages generated by github, instead you should clone this repository.

Disco integrates with a lot of different tools. The following screenshot, for example, shows using ipython notebook to write a Disco job and using matplotlib to plot the results: 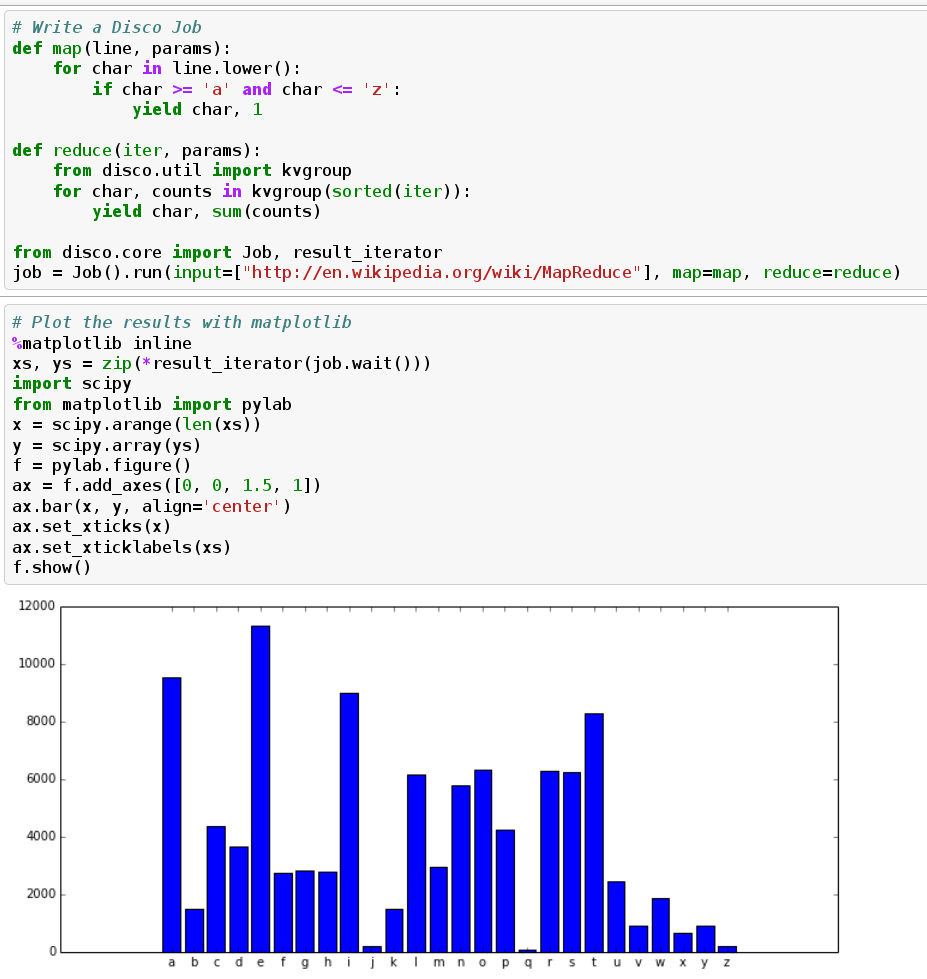 To learn more about the Disco Ecosystem see Disco Integrations. For some other resources, check out the Talks on Disco. Visit [discoproject.org] (http://discoproject.org) for more information.