Pallozio is a collection of data visualization scripts for Scriptographer. It has been created for DensityDesign Lab and used to produce static graphics during the last three years.

Scripts were created for specific tasks, and then generalized. The code is neither clean nor well written - but hey, it works (most of the time).

Some scripts have a UI to interact with, but most of them are intended to be imported in your code to simplify some operation - like reading and parsing data, create color scales, create patterns, and so on.

Scriptographer is no longer supported, and you need an outdated Adobe Illustrator version to use it, but some of the scripts are still useful.

At DensityDesign we are now working on a new tool, Raw: http://raw.densitydesign.org/.

Meanwhile, i will upload here all the scripts that generates visual models not yet implemented in Raw.

Download the master .zip file, unzip it in your "Scriptographer Scripts" folder.

On OSX usually is in

This script allows you to create a streamgraph from custom data.

It requires a dataset with three columns: the first one defining vertical steps, the second defining flows, the third defining the flows size.

Below, a short tutorial: 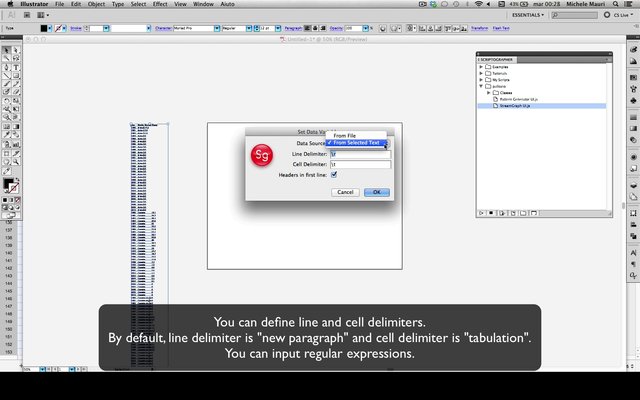 This script allows you to create patterns according to values. You can save pattern as graphic styles, and use them in your workflow.

Below, a short tutorial: 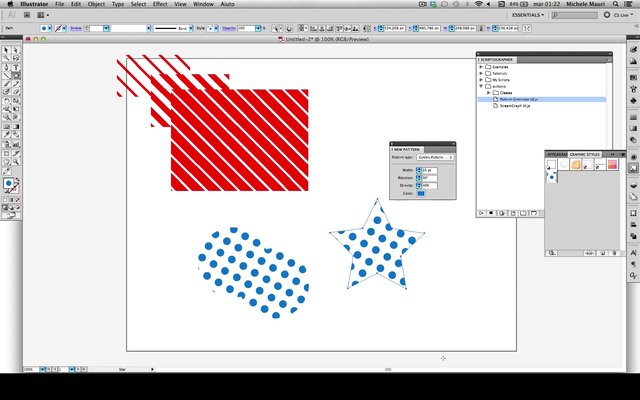