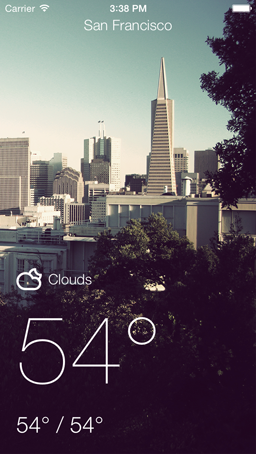 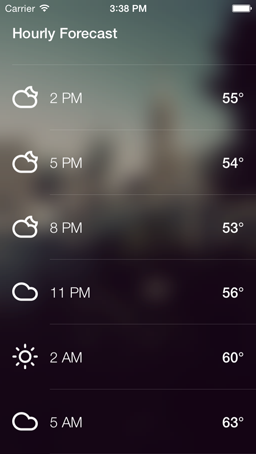 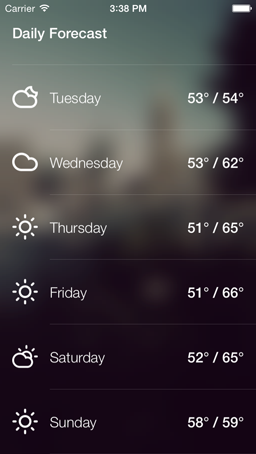 This app was originally based on the tutorial at http://www.raywenderlich.com/55384 but I've decided to take it much further. This sample project adds additional features such as:

##Functional Reactive Programming (FRP) Since ReactiveCocoa is based on Microsoft .NET's Reactive Extensions, you can learn more about it at: 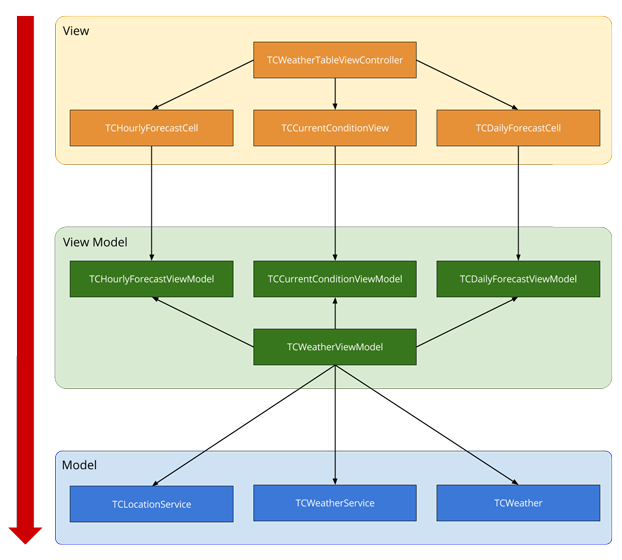 ReactiveWeather classes are organized according to the MVVM design pattern. The View owns the View Model which in turn owns the Model. However, there is no dependency in the reverse direction (i.e. View Model does not know about the View that owns it).

Before you work up a sweat and try to build the project, make sure you meet the system requirements below:

##Build and Run The required frameworks are already included in the Pods directory.

If you want to fetch the latest version of all the frameworks, just run from the command line:

If you don't care about all that, just open ReactiveWeather.xcworkspace. Build and run. Done!

Just build and run the tests in Xcode. Simple.

##Instruments Included in the Instruments directory are *.trace files that profile the performance impact of using ReactiveCocoa in this project.

Just double-click to open in Instruments to view the trace data.

##Frameworks The list of frameworks used to build this app:

##License This project is released under the MIT license. Read the LICENSE.md file for more info.